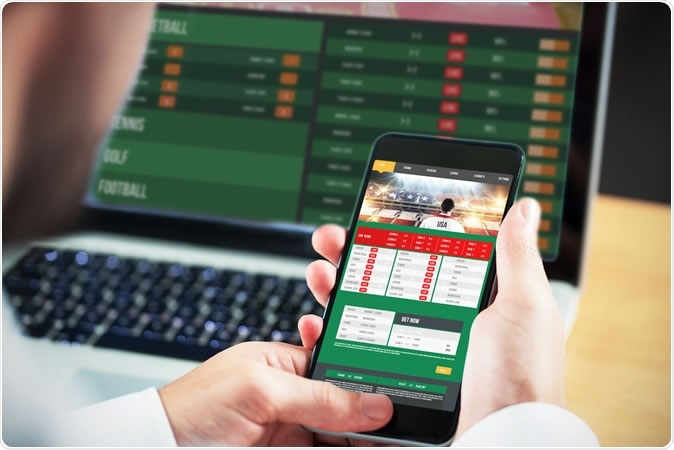 The National Health Service (NHS) England has released its latest survey and reveals that millions of people in England are eating unhealthy foods, drinking too much alcohol, are overweight, and turned to online gambling.

The survey has found that more than half of people who are more than 16 years old in England regularly gamble, with more than half (53 percent) spent money on betting in 2018. The results prompt warning that smartphones have fueled online betting and have driven increasing addictive behavior.

In total, about 29 percent of men between the ages of 25 and 34 reported joining online gambling in the last year, compared with just 4 percent of people who are 65 years and older.

The Health Survey of England collated data from 10,000 adults and children on their lifestyles, eating habits, and hobbies. It turns out; smartphone betting has been increasing, especially among younger generations.

Further, the survey shows that 15 percent of men had joined in online gambling in the last year, compared with 4 percent in women. Those who are 16 to 24 years old are most likely to become problem gamblers, who encounter problems due to this habit.

The Health Survey of England 2018 aims to gain data on the conditions people experience, including hypertension, diabetes, smoking, drinking, physical activity, and adult and child weight. The other information made available is social care for older adults, the use of e-cigarettes, and fruit and vegetable consumption.

Central obesity is still an issue, with 34 percent of men and 48 percent of women had high measurements in the waist area. In turn, more than half (56 percent) of adults were at a high risk of chronic disease due to their BMI and waist circumference.

Fewer people also engaged in physical activity in the previous year, with 27 percent of adults reporting they had less than 30 minutes of moderate or vigorous exercise each week and were classified as physically inactive.

Commissioned by annually by NHS Digital, the survey is conducted by NatCen Social Research in collaboration with University College London.

NHS Digital. (2019). State of the nation’s health in 2018 shown in new report – https://digital.nhs.uk/data-and-information/publications/statistical/health-survey-for-england/2018