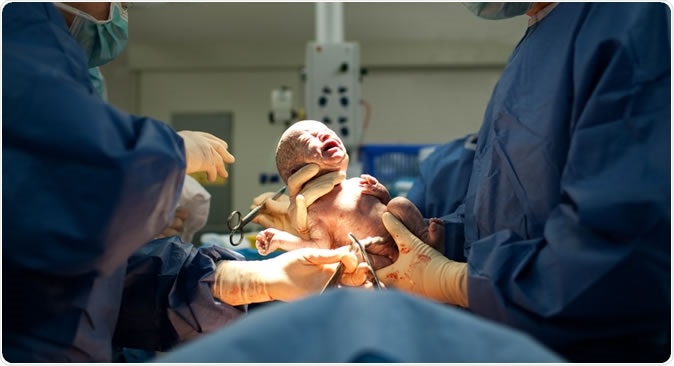 A recent study published by the VATT Institute for Economic Research suggests that an unplanned CS performed for an indication which could perhaps have been avoided, only has a cause-effect relationship with asthma from early childhood, and not other long-term health outcomes. Researcher Ana Rodriguez says, “These findings suggest that the effect of C-sections on the development of the immune system is more complex than previously assumed.”

The Cesarean section is the top-ranking major surgery in the world in terms of frequency of performance. As a result, it is important to understand how it affects the health of both the patients – the mother and the baby – over both the short and the long term. If CS are found to affect the development of the child or endanger the mother’s health in later life, health policies, economic strategies and even daily clinical decisions must take this into account. Hence this study was motivated to decipher the effects of CS on health outcomes.

According to many prior studies, delivery by Cesarean section (CS) is associated with many unfavorable outcomes for the child, including a higher risk of asthma, other conditions associated with allergy, type 1 diabetes, and obesity. For instance, a study in The Lancet showed that babies born by CS were at a higher risk of altered immune system function, allergic conditions, and normal gut microbiome formation over the short-term. This agrees with a Danish cohort study showing that CS more than doubled the risk of asthma in the child, the effect being enhanced when it was performed before membrane rupture during labor. Another study in China showed that while the risk of asthma was increased in children born by CS without a true medical indication, the risk was lowered by exclusive breastfeeding for the first six months of life. A review paper covering almost 80 cohort studies and one trial calculated that these children had no significantly higher risk of asthma by age 8, but a 12.5% chance of being obese by that time.

The study used an original design to minimize inherent differences between children born by vaginal birth and by CS, which could have contributed to different outcome risks in earlier studies. In order to do this, they looked at 1.4 million Finnish children, focusing on their health outcomes from birth to the time they entered adolescence. Their focus was on type 1 diabetes, obesity, asthma and other conditions associated with allergy.

The researchers found that a higher percentage of unplanned CS occurred just before public holidays or weekends, and in many of these cases the indication was prolonged labor. According to researcher Lauri Sääksvuor, “During the days preceding a public holiday, physicians make greater use of more discretionary diagnoses as justification for the C-section. This increased likelihood of C-sections regardless of the medical necessity enables comparisons among similar mothers and resembles a controlled experiment.” In other words, the number of emergency CS is unlikely to show any significant change during any specified time interval, but there will probably be significantly more non-emergency CS during time periods when physician incentives for a speedy delivery are present, as against a medical indication. Only first births were included, since it is this cohort that shows the greatest variation in mode of delivery. In higher order births, labor proceeds at a faster pace and the mode of delivery in previous childbirths plays a major role in deciding the mode of birth in the present delivery too. Including these births could therefore reduce the precision of the results.

The study looked at a cohort of unplanned and avoidable CS patients to evaluate how this affected the health of the infants in later life with minimum selection bias. Unlike other studies, the current project minimized confounding by the selection of birth mode by using data from Finnish administrative data that records the rate of unplanned avoidable CS rates. The use of only this group enabled them to avoid any possible preselection of patients in either group (CS vs vaginal delivery). In addition to this comparison, the scientists also looked at siblings born by different modes of delivery to validate their conclusions, and for a better insight into how CS might affect the child’s health. The results in both categories support the conclusion that unplanned CS causes an increased risk of childhood asthma but not of other conditions.

Mothercare SS20 | Nursery & Bedding | Little & Loved
Pod-based e-cigarettes have higher potential to foster addiction than other devices
Peanuts, eggs and your baby: How to introduce food allergens during the coronavirus pandemic
Risk posed by COVID-19 to newborn babies is low, research suggests
Global survey launched to get children’s views and experiences of COVID-19